What is to blame for the increased impact of COVID-19 on ethnic minorities? 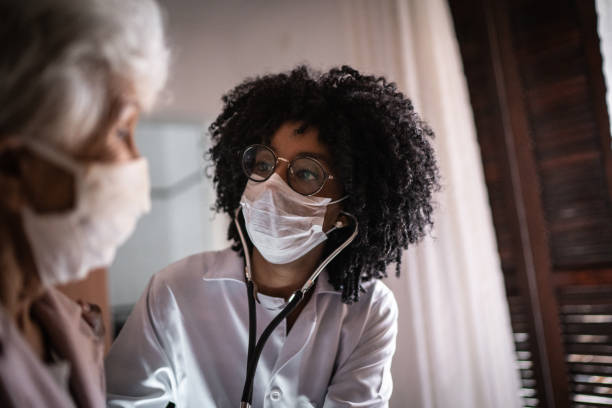 Although the entire population is susceptible to the novel coronavirus, there is mounting evidence that different groups have been disproportionately  affected by it. Just yesterday, new research by EClinical Medicine found that Black people are twice as likely as white people to catch the coronavirus. The study, which analysed data from 18 million people in the US and UK also found that Asian people are 1.5 times more likely than white people to be infected. This summer, it was reported that 36% of critically ill COVID-19 patients were from an ethnic minority group, despite representing only 13% of the general population. Government analysis also found that people of Chinese, Indian, Pakistani, other Asian, and Black ethnicities had between a 10% – 50% higher risk of death, when compared with their white British counterparts.

”Black, Asian and minority ethnic people have been over-exposed, under-protected, stigmatised and overlooked during this pandemic”.

The virus became a pandemic just eight months ago, and there is not yet a consensus around the reasons behind this disparity in health outcomes. In recent weeks, a number of reports and analysis have offered a range of causes for this – but all agree that COVID-19 has exposed the societal inequalities that existed before coronavirus. At present, there is little evidence to indicate the increased risk to ethnic minorities is driven by genetic factors.

A recent report An Avoidable Crisis by the Labour Party also suggested that COVID-19 has “thrived on” circumstances created by decades of structural discrimination by the British state and society. Its author, Baroness Lawrence, said: “Black, Asian and minority ethnic people have been over-exposed, under-protected, stigmatised and overlooked during this pandemic – and this has been generations in the making. The impact of COVID-19 is not random, but foreseeable and inevitable, the consequence of decades of structural injustice, inequality and discrimination that blights our society.’’ A new report by the Joint Committee on Human Rights, which was commissioned by the Government in light of the recent Black Lives Matter movement, found that over 60% of Black people in the UK do not believe their health is as equally protected by the NHS compared to white people.

In June, analysis carried out by Public Health England (PHE) concluded that racism may have contributed to the increased number of ethnic minorities contracting and dying from the disease. The study by PHE has come under some scrutiny however, with a recent study by the government’s Race Disparity Unit (RDU) disputing claims that racism was to blame for the increased risk to ethnic minorities. The study, led by Dr Raghib Ali, suggested that the increased COVID-19 risk among ethnic groups was not due to structural racism, but rather other explanations such as occupational exposure, population density, household composition and pre-existing health conditions. It also found that whilst non-white groups had higher COVID-related death rates, their non-COVID death rates were much lower. Dr Ali warned that if you focus on ethnicity as a risk factor, you miss a large number of white people, who also live in deprived areas and overcrowded housing, and who also have high-risk occupations.

However, it is important to highlight that within the socio-economic risk factors mentioned by Dr Ali, such as occupation and housing, racial disparities exist which disproportionally affect ethnic minorities. For example, structural discrimination feeds into income and wealth inequalities between ethnic minorities and white people, which can then result in individuals living in overcrowded housing. In 2019, the office for National Statistics found that London had the largest racial pay gap, with ethnic minorities earning on average 21.8% less than white workers. And while only 2% of white British households experienced overcrowding from 2014 to 2017, 30% of Bangladeshi households, 16% of Pakistani households and 12% of Black households experienced this, according to the English Housing Survey.

”We know that ethnic minority groups are over-represented in lower-paid roles and the effect of the pandemic on those working in these jobs in health and social care is a life and death issue”.

In relation to occupational exposure, ethnic minority groups are over–represented in public-facing industries where they cannot remotely work, and also face additional barriers to progression in the workplace. Earlier in the year, it emerged that a substantial number of NHS staff who died from COVID-19 in the early stages of the pandemic were Black, Asian or minority ethnic. Despite only representing 14% of the population in England, Black, Asian and minority ethnic staff make up around 21% of the overall NHS workforce, yet just 6.5% of senior managers. Previous RDU data shows that whilst the Black British population accounts for only 3.4% of the working age population, 6.1% of employees in the NHS are Black.

A new inquiry by the Equality and Human Rights Commission (EHRC) is now under way into why lower-paid health and social care workers from ethnic minorities are at greater risk from the coronavirus. Rebecca Hilsenrath, chief executive of the EHRC, said: “We know that ethnic minority groups are over-represented in lower-paid roles and the effect of the pandemic on those working in these jobs in health and social care is a life and death issue”.

It is likely that all the factors cited above – and more – are contributing to the increased risk of infection and death among ethnic minority groups from COVID-19. More research is needed to identify how much racism and structural discrimination are influencing racial disparities in health which have been highlighted in the pandemic- and importantly what society needs to address going forward.

We use cookies on our website to give you the most relevant experience by remembering your preferences and repeat visits. By clicking “Accept All”, you consent to the use of ALL the cookies. However, you may visit "Cookie Settings" to provide a controlled consent.
Cookie SettingsAccept All
Manage consent

This website uses cookies to improve your experience while you navigate through the website. Out of these, the cookies that are categorized as necessary are stored on your browser as they are essential for the working of basic functionalities of the website. We also use third-party cookies that help us analyze and understand how you use this website. These cookies will be stored in your browser only with your consent. You also have the option to opt-out of these cookies. But opting out of some of these cookies may affect your browsing experience.
Necessary Always Enabled
Necessary cookies are absolutely essential for the website to function properly. These cookies ensure basic functionalities and security features of the website, anonymously.
Analytics
Analytical cookies are used to understand how visitors interact with the website. These cookies help provide information on metrics the number of visitors, bounce rate, traffic source, etc.
SAVE & ACCEPT